After the predecessor had been in production in the basic concept for a good 18 years, the completely newly developed series, internally managed as LN 2, came out in 1983. When it was introduced, it covered tonnages of 7, 8, 9, 11 and 13 tonnes total weight. The performance range of the diesel engines ranged from 90 to 136 and 170 to 201 HP. This resulted in the model designations typical of Mercedes-Benz, the first or, in the case of four digits, the first two indicating the total weight in tons, the rear two – approximately – indicating a tenth of the engine output in horsepower. The most widespread model was the 7.5-tonner with 136 HP, with the designation 814 – now also internally without the previous addition LP. 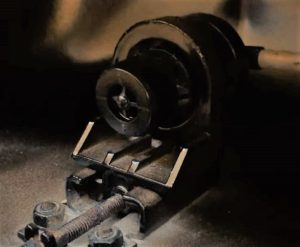 WIf you remove the headlight and the (old hydraulic) adjustment looks like the picture then this conversion kit will fit your vehicle: Conversion kit for Mercedes Benz 1224

Ready-made electrical LWR conversion kit as a replacement for the hydraulic headlight range control for 24 volt vehicles, consisting of: